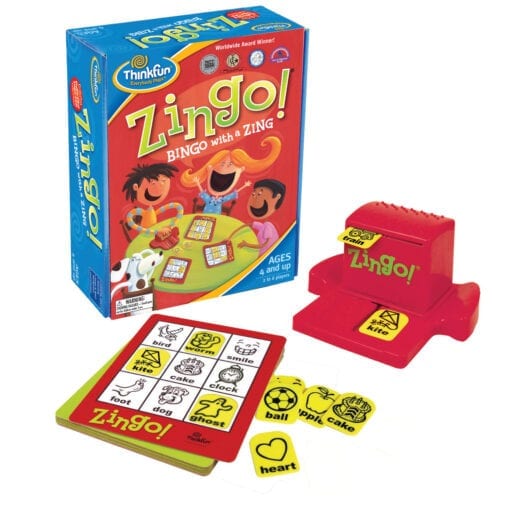 his game was nominated TOTY 2009 Best Toy of the Year because it’s fun and effective.  It’s Bingo with a Zing! This innovative game encourages pre-readers and early readers to match the pictures and words on their challenge cards with the tiles revealed in the Zingo! Zinger device. When a player fills his card, he wins the game by yelling “Zingo!” Two levels of play, and several game variations keep the zaniness going for hours!

Recommended Age: 4 and up